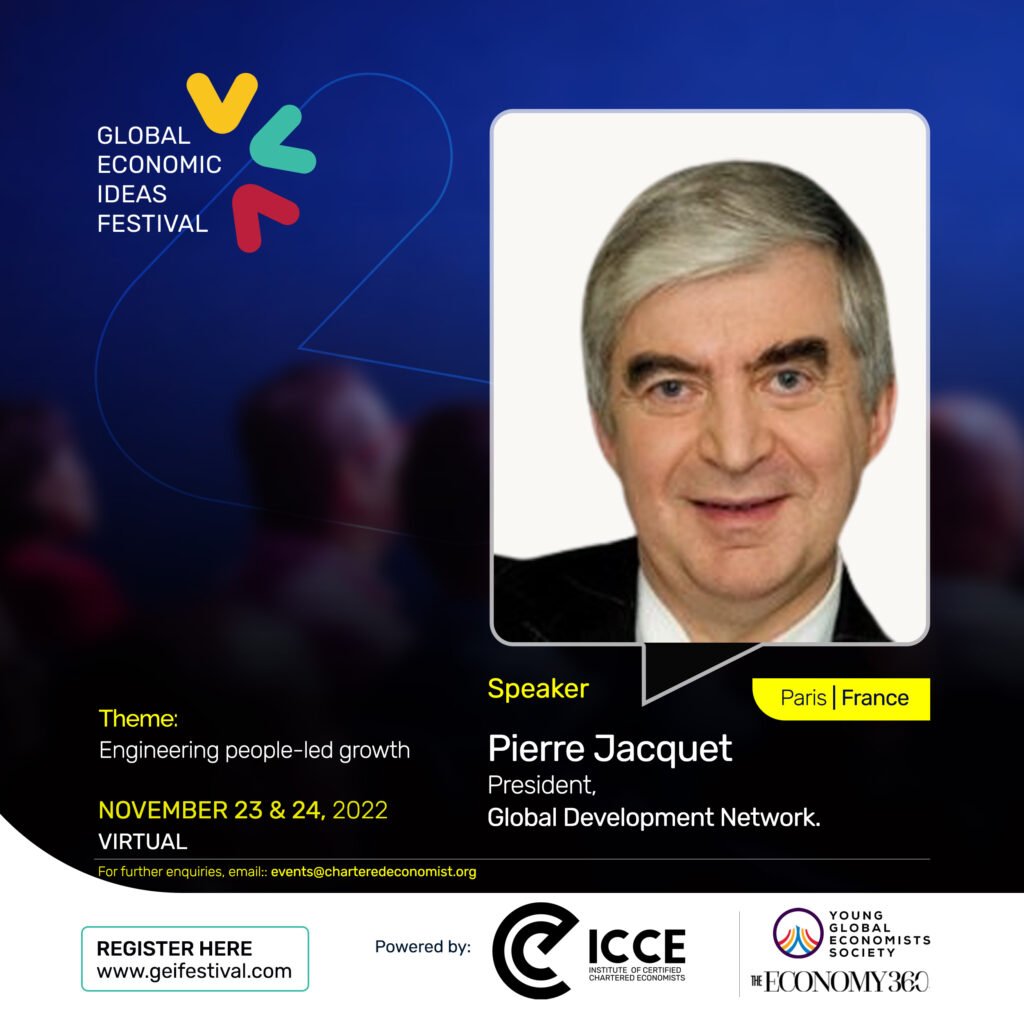 Pierre Jacquet of GDN delivers the opening keynote of GEIF 2022

The 2022 edition of the Global Economic IDEAS Festival was successfully held from November 23-24, 2022.

The Global Economic Ideas Festival (GEIF) is the annual global conference hosted by the Institute of Certified Chartered Economists (ICCE).

Over the course of two days, the Festival drew senior economists, researchers, ministers of states, business executives, central bankers, members of civil society organizations, academics, and thought leaders to advance discussions about how to reshape the global economy.

In order to promote the engagement of people from all ages, races, regions, and socioeconomic statuses in order to promote global growth, GEIF 2022 is developing new minds to examine effective policy frameworks and development.

Leading international speakers provided their opinions and insights on important geopolitical and economic global challenges at the GEIF.

The Festival’s opening keynote was delivered by Pierre Jacquet, President of the Global Development Network.

His keynote focused on the centre theme for the GEIF 2022: Engineering people-led growth.

Formerly Chief Economist of the French Development Agency (AFD) between 2002 and 2012, Pierre also served as the Executive Director in charge of strategy from 2002 to 2010.

Preceding AFD, he was Deputy Director of the French Institute on International Relations (IFRI), where he was responsible for the economic program and was Chief Editor of IFRI’s quarterly review Politique Etrangère.

From 1994 to 2012, Pierre Jacquet was President of the Department of Economic and Social Sciences and Professor of International Economics at the Ecole Nationale des Ponts et Chaussées, a renowned French graduate engineering school.

He has also lectured in various business schools and universities such as INSEAD, Sciences-Po, the Paris School of Economics (PSE), and Ecole Nationale d’ Administration (ENA). 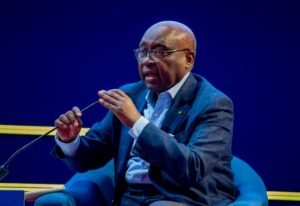 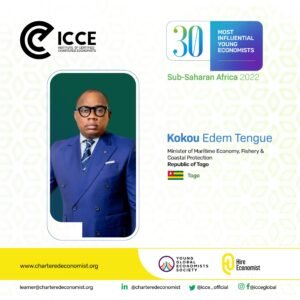 Dr. Kokou Edem Tengue, the Minister of Maritime Economy, Fishery, and Coastal Protection of the Republic of Togo, has been listed among the 30 Most Influential Young Economists from Sub-Saharan Africa. 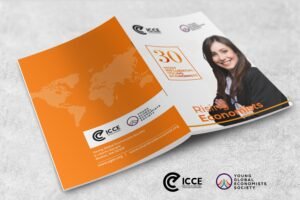 ICCE releases the 30 Most Influential Young Economists List for 2022

The ICCE has released the list for the maiden edition of the 30 Most Influential Young Economists Awards from India, Asia-Pacific, and Sub-Saharan Africa.